It's important to differentiate and highlight how your product, service or solution is better (or different) than your competition.In the fiercely competitive and fast moving world of Telecom, the differentiation between players is fast eroding.

Competitiveness in the market place is an ages old phenomenon (well maybe not ages – Webster says the first known use of the word ‘Competitive’ was in 1829) – anyway in my book that is ages old!

Competition has been a factor for individuals (in sports, studies, debate, politics etc.), for countries (Super power, leading economy etc.), for service providers (Hotels, Airlines, Telecom operators, IT companies etc.) and for products. It is a phenomenon that gets sparked when an innovator brings an idea to fruition and others try to ‘ape’ the idea or ‘better’ it.

As competitors compete, it becomes important for them to differentiate and highlight how their product, service or solution is better (or different) than their competition.

A company that has managed to differentiate its products and services is Apple. Apple has been at the forefront of innovation to the extent that many a strategy session have asked the question: “What is your ‘iPhone’?”. Well the iPhone, iTunes, iPad have truly been game changing products and services and have been aped by Apple’s competitors.

Apple has an integrated model of product development with a closely managed supply chain and a marketing machine which keeps the products ‘edgy’ and consumer oriented with a great deal of geeky stuff (like processor speed, chipset jargon) purposely kept out of the ‘spec’ sheet for the most part. Apple also closely controls things like the Operating System, hardware and related third party software used by its products.

But I submit to you that in this fiercely competitive and fast moving world of Telecom, the differentiation between players is fast eroding and while there have been several products touted as ‘iPhone killers’, some of products on the market today may come close in form and function.

The iPhone has created competition in the handset/mobile device space and players like HTC, Motorola, LG, and Samsung have partnered with Google and Microsoft to provide choice to folks who are not squarely in Mr. Job’s camp.

However, if you take a quick minute to assess Apple’s competition, you will find some striking similarities:

So where is the differentiation? It is in the industrial design of the product and a thin veneer of usability related ‘value-add’ software, which can be provided over the Operating Systems like Android and Windows Phone 7. Such usability software like HTC’s Sense UI and Motorola’s Motoblur seem competent additions.

Advancements in technology bring about reduction in component pricing. Paired with availability of global resources, this has made the mobile device industry look like the computer manufacturing industry of the late nineties – largely involved in assembly work from a myriad of hard-drive, memory, graphics and motherboard manufacturers. Packaging, industrial design and pricing are the only differentiators. Product refresh cycles have been more accelerated than ever before and consumers have become ever more demanding.

In this industry, the barrier to entry has been significantly lowered. Big names like Dell, Sony-Ericsson, Lenovo have entered the market place with their offerings – some better than others. With little-known Indian manufacturers like Micromax coming out of INR6,572.50 android-based smartphones, are Apple and other ‘Tier-1’ manufacturers desperate for differentiation? Damn right they are! 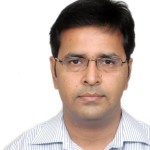 Turbocharge Your Telehealth Initiatives with The Power of Mobile